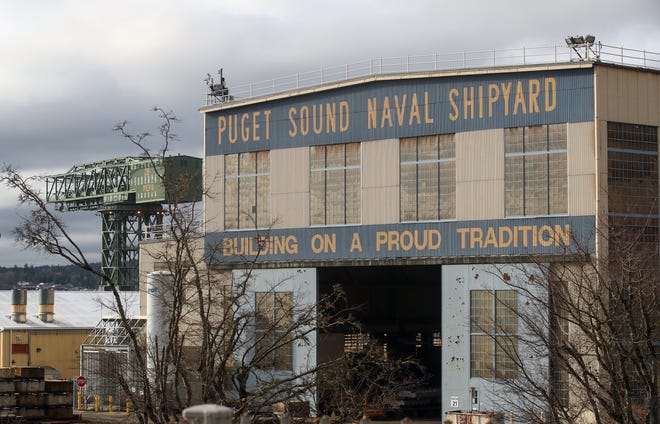 What Congress Can Do to Strengthen the Puget Sound Naval Shipyard

Every few months I visit the Puget Sound Naval Shipyard (PSNS) and talk to our military and civilians. This is an opportunity to hear their concerns and learn more about the issues that impact their work.

The concerns of shipyard workers do not receive enough attention in our nation’s capital. With that in mind, I recently launched the bipartisan Congressional Public Shipyards Caucus with my colleague Rob Wittman of Virginia. Our group is focused on meeting the needs of our country’s four public shipyards – and the men and women who work for them. The caucus also serves to raise awareness of the importance of our public shipyards within Congress.

Let’s talk about some of the issues that I hope to advance.

Our public shipyards are at the heart of our national defense strategy. However, the four public shipyards have significant infrastructure needs. Think about this: The Puget Sound Shipyard was established over 130 years ago. Some of the structures and equipment are almost as old. Some facilities need seismic upgrades. Moreover, when the Ford-class aircraft carriers come online in the next decade, there will not be a single shipyard on the West Coast with a dry dock that will be large enough to service them. It is a problem.

Beyond that, workers often report that they depend on aging technology and equipment. I hear about equipment that is no longer working or that is well past its expected lifespan. When machinery or tools break down, a worker’s job becomes that much more difficult, requiring overtime, costly repairs and potential delays.

These issues are why the Navy proposed the Shipyard Infrastructure Optimization Program (SIOP), a once-in-a-generation revitalization plan. This $21 billion program over 20 years will focus on improving and modernizing our public shipyards. And that demands the attention — and support — of Congress.

Already, the public shipyard caucus has made progress, increasing short-term funding for SIOP. As a member of the Defense Appropriations Subcommittee, I was also able to secure additional funds in the recently introduced Appropriations Bill to increase funding to address seismic deficiencies.

Our nation expects shipyard workers to repair and maintain some of the world’s most complex machinery – America’s aircraft carriers and submarines. These vessels help protect our interests at home and abroad.

If we want to be able to recruit and retain talented workers, workers must be adequately compensated. That’s why I sponsored legislation that would give all shipyard workers a pay rise to deal with rising prices. I am also pushing for entry-level wages to be improved so that our shipyards can compete with other employers to attract workers.

Additionally, I sponsored the Federal Retirement Equity Act to ensure that federal employees who began their careers as temporary workers – that is, they did not have the opportunity to contribute to retirement – have the opportunity to make catch-up pension contributions so that they can retire on time. I’ve heard workers express that without this option, they face an unfair choice: leave federal service without full retirement benefits or work longer than expected to earn full retirement benefits.

When I visit shipyard workers, I hear constant concerns about local challenges off base – traffic in Gorst, access to childcare, and – yes – parking. Importantly, the Defense Communities Infrastructure Program (DCIP) assists communities near defense installations – such as those around the SSNP – to plan and implement future infrastructure projects that improve the quality of life. I have lobbied for increased funding for this program in hopes that it can be used to address some of the issues affecting local shipyard workers. And the recently released defense appropriations bill included a substantial increase that will hopefully help Kitsap County.

The shipyard and the people who work there are vitally important to our national security. Congress should give them the attention and care they deserve. I will continue !