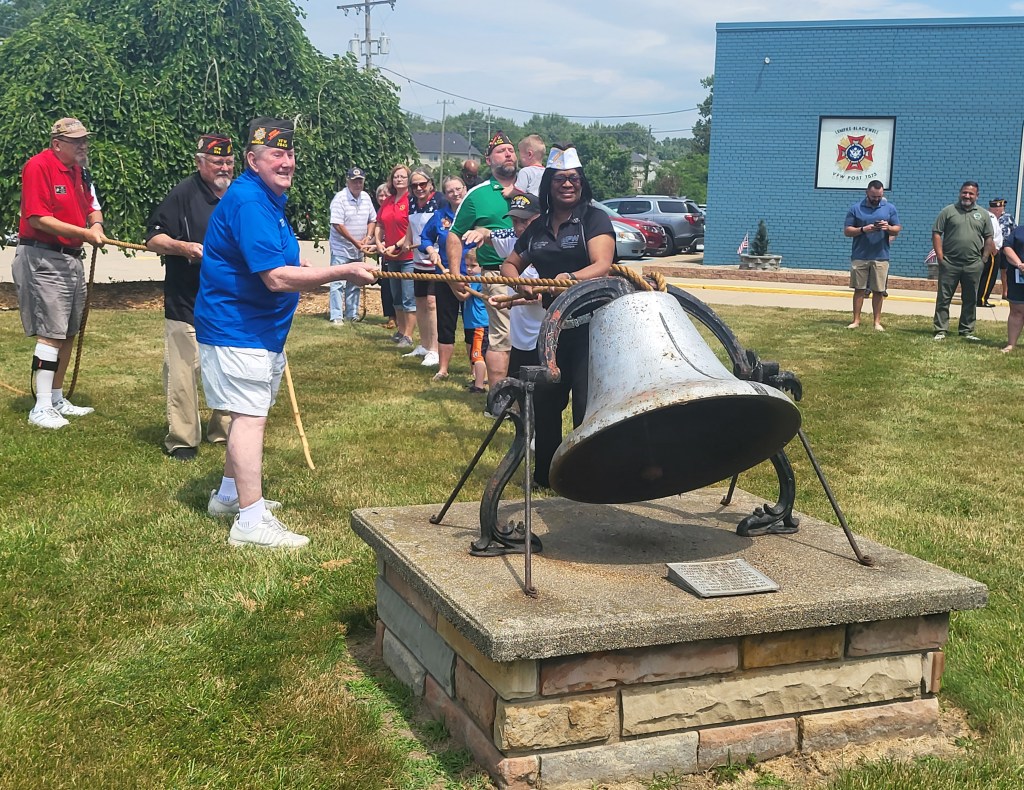 The sound of freedom rang out Monday as war veterans and others gathered in New Baltimore for the symbolic bell-ringing ceremony marking the annual observance of the adoption of the Declaration of Independence.

Members of the Lempke-Blackwell Post 7573 Foreign Wars Veterans carried out its decades-old tradition of ringing the Post Freedom Bell outside the New Baltimore post on 23 Mile Road in a ceremony led by the colorguard.

Veterans, children, dignitaries and visitors were invited to take turns pulling a long rope to ring the bell. Officials said the ceremony dates back to the Continental Congress which used the bell to alert city residents that the declaration had been drafted.

The VFW acquired the bell from the town of New Baltimore. Purchased in 1890, it had been used to sound fire alarms and curfews. It rang every day at noon and 6 p.m. from the belfry of the city’s old town hall on Maria Street. This building was demolished in 1938. The VFW opened in 1949.

The long ongoing debate over “All men are created equal”

What Congress Can Do to Strengthen the Puget Sound Naval Shipyard