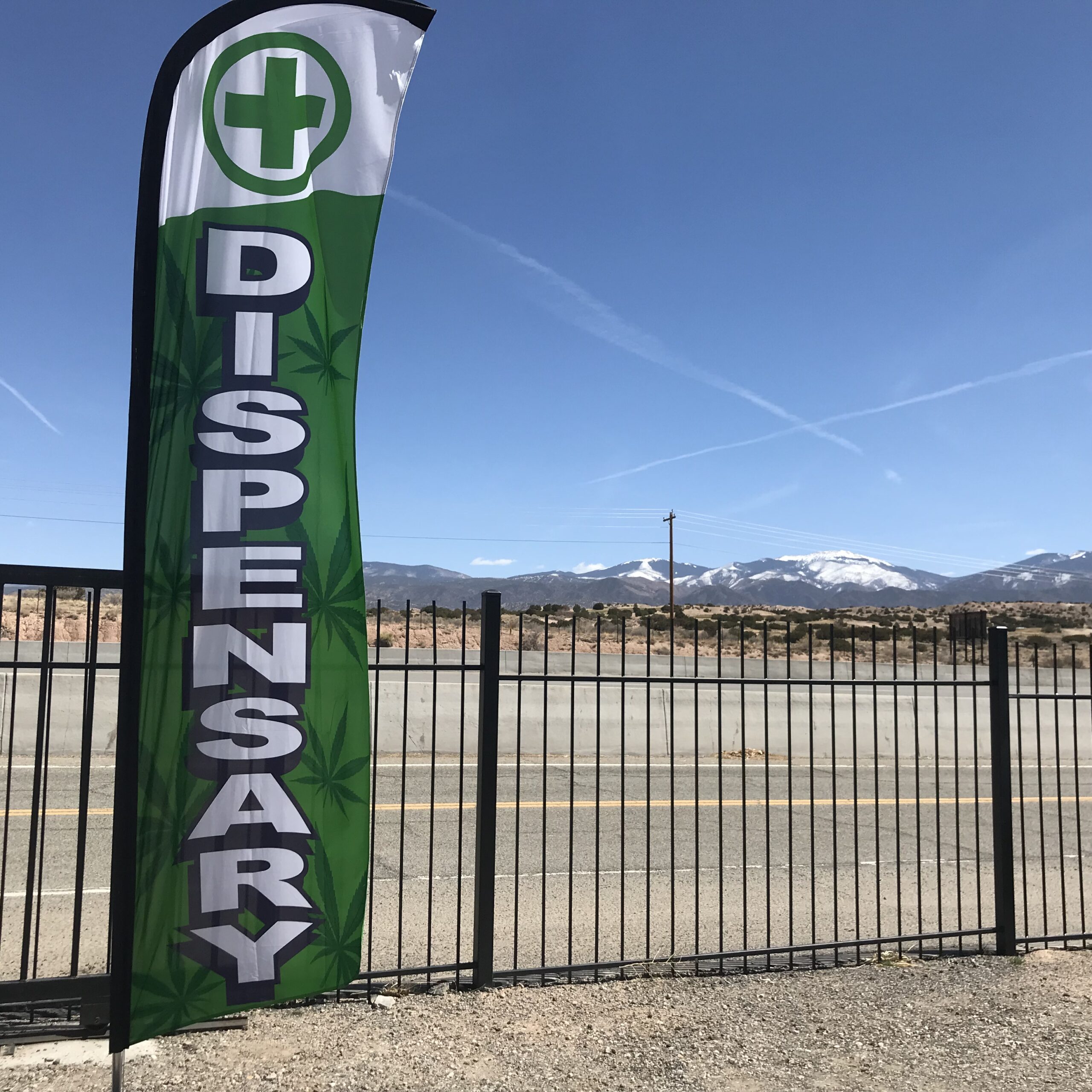 Two Pueblos sign an agreement with NM to start selling legal marijuana. Will this keep the feds at bay?

Legal recreational cannabis sales begin in New Mexico this week, and two tribal communities are poised to jump into the industry.

The Pueblos of Picuris and Pojoaque have signed an intergovernmental agreement with New Mexico that allows them to regulate their own marijuana businesses operating within their communities and apply for state licenses for any businesses they conduct outside of tribal lands.

Cannabis is still an illegal substance under federal law, and federal law enforcement operates on tribal lands. So two Obama-era guidelines on how the Justice Department prioritizes the prosecution of marijuana-related crimes are “very important” to getting Pueblos into the market, the governor said. Michelle Lujan Grisham in an interview.

“Our intergovernmental agreements create the kind of transparency and directly inform federal authorities that we intend to protect our sovereign nations, that they are actively engaged in our medical and recreational cannabis programs, that these are their rights under these agreements”, Lujan Grisham mentioned.

Pojoaque and Picuris are two of New Mexico’s 23 tribal nations and the only ones to have publicly pursued the regulation of cannabis sales and production.

Pueblo of Pojoaque Governor Jenelle Roybal expects collaboration between her community and the state Department of Regulation and Licensing, which oversees the Cannabis Control Division, to lead to a supportive regulatory environment. since the tribal guidelines of the agreement almost mirror state law.

“Cannabis is an exciting new opportunity to diversify our economic development, and revenue from a Pueblo cannabis business will support tribal government programs and the surrounding community,” Roybal said.

Still, if the federal government decides to act on cannabis law enforcement, the state might not have much protection for the tribes if Congress doesn’t act on decriminalization.

“I can’t stop the feds or the DOJ from doing different things,” Lujan Grisham said. “We are actively working to get them to reinstate their memos, which are essentially advice to the DOJ that the independence of sovereign nations on these matters, related to state law, should prevail.”

The Cole Memorandum was released in 2013 in response to state decriminalization efforts. It offers guidance for U.S. District Attorneys on which marijuana-related crimes to prioritize. These include prohibiting sales to minors, preventing proceeds from going to criminal enterprises, and prohibiting distribution to states that have not decriminalized cannabis.

The Cole Memo gives the federal government the right to challenge state marijuana laws, “if that state fails to implement strong and effective regulatory and enforcement systems that will respond to the threat that the law of the State could represent for public safety, public health and other law enforcement interests.”

The Wilkinson Memo was published in 2014 to explain how to deal with tribal communities who want to take advantage of new state marijuana laws. It reinforces the priorities issued the previous year. It also adds that “nothing in the Cole memorandum alters the authority or jurisdiction of the United States to enforce federal law in Indian Country.”

Both Pueblos and the state say the intergovernmental agreement is a solid basis to prevent lawsuits from the U.S. attorney, who is advised under the Wilkinson memo to “consult with affected tribes on a government basis.” to government”.

Of course, if the federal law criminalizing marijuana remains in effect, other jurisdictions could direct the Department of Justice to handle these cases differently.

How this affects tribal sovereignty remains a major concern.

Picuris allowed tribal citizens access to medical marijuana in 2015. However, that didn’t stop a Bureau of Indian Affairs officer in September from confiscating nine plants from the home of a non-Picuris citizen who had been living in the community for his childhood. According to the Associated PressCharles Farden’s home was raided by federal agents while he is enrolled in the state’s medical cannabis program.

“As a tribe, we may end up investing a million dollars in a project, thinking that everything is fine. And because of a rogue officer or someone who doesn’t believe something is right, it could be stopped,” Picuris Governor Craig Quanchello told the AP after the raid.

Other causes of federal headache bans for states include banking matters and interstate travel.

Quanchello changed his tune after the intergovernmental agreements were announced last Friday, again relying on the agreements to protect members and potentially new businesses in the community.

“This creates a significant opportunity for the Pueblo to engage in well-regulated and coordinated legal cannabis markets for the benefit and protection of our community, including a framework for continued collaboration with the state to protect our common interests. “

The deal also creates an opportunity for tribes to run their own cannabis divisions. The intergovernmental agreement does not require communities to have state licenses if they sell exclusively on their Pueblo, said Heather Brewer, spokeswoman for New Mexico’s Cannabis Control Division.

That changes, she said, if Pueblos want to sell cannabis or open a retail dispensary off of tribal lands, as they would need a state license to operate those businesses.

She noted that the intergovernmental agreement is based on the understanding that tribal rules will align with state cannabis control law.

But ultimately, Brewer said, tribal sovereignty will guide the direction of any marijuana business.