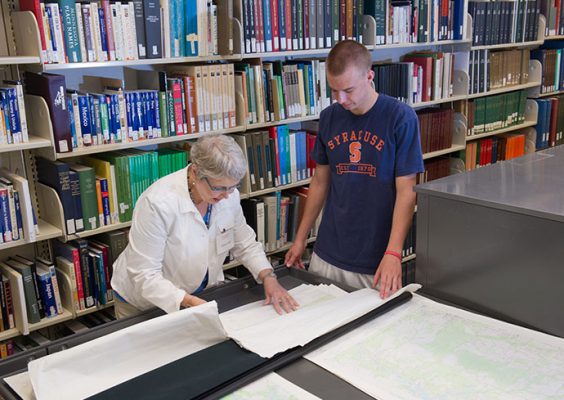 Syracuse University Libraries extends its Preservation Steward Agreement with the US Government Publishing Office (GPO). Under this agreement, the libraries agree to permanently preserve the print collections of historic government publications produced by the GPO. Syracuse University Libraries is the first preservation steward to agree to preserve new volumes as they are published, as well as historical volumes.

Under this agreement, Syracuse University Libraries will maintain the following.

“This is a wonderful resource for both the scholars on our campus and the greater central New York community. Expanding the program to include new volumes of government information as they are published provides the most timely resources for our faculty, students and community members,” said John Olson, Librarian for Government and geo-information at Syracuse University.

Through the FDLP, GPO works with approximately 1,100 libraries nationwide to provide public access to authentic, published information from all three branches of the federal government in print and electronic form. The antecedents of the program go back to the act of Congress of December 27, 1813 (3 Stat. 140). The law provided that a copy of the journals and papers of the Senate and House be sent to every university and college and to every historical society in every state. GPO has operated the FDLP since 1895.