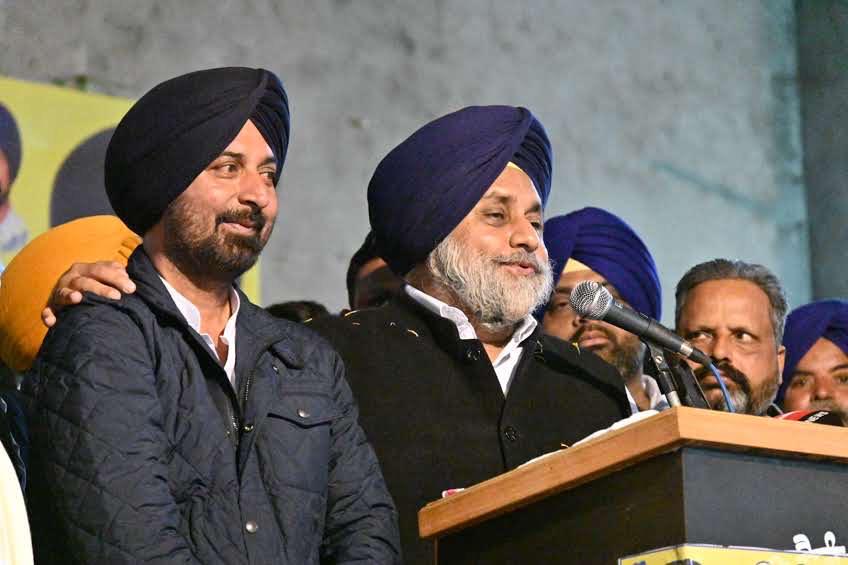 SAD leader Sukhbir Singh Badal announced on Sunday that all welfare schemes that had been cut and reduced under Congress rule would be reinstated if the SAD-BSP came to power.

He also said that thousands of discarded blue cards, which gave access to the ration to the poor, would also be restored within a month. Addressing public rallies in support of party candidate Kulwant Singh Kanta, said the Congress government had defrauded the poor by stripping them of the blue card, which entitled them to a subsidized ration under the atta scheme -dal.

“It is equally shocking that CM Channi has not righted the injustice inflicted on the community as well as the poor. Channi has also refused to support SC students who have had their scholarship fees stripped and has done nothing to address the backlog of government vacancies for community applicants. Now people are going to ask him why he discriminated against the SC community,” Sukhbir added. He said AAP official Arvind Kejriwal was misleading people by saying he was unaware of Prof Devinderpal Bhullar’s release orders, which were pending before him. “The truth is that despite the recommendations of a release committee of Professor Bhullar, the AAP government dismissed the case three times,” he alleged. —