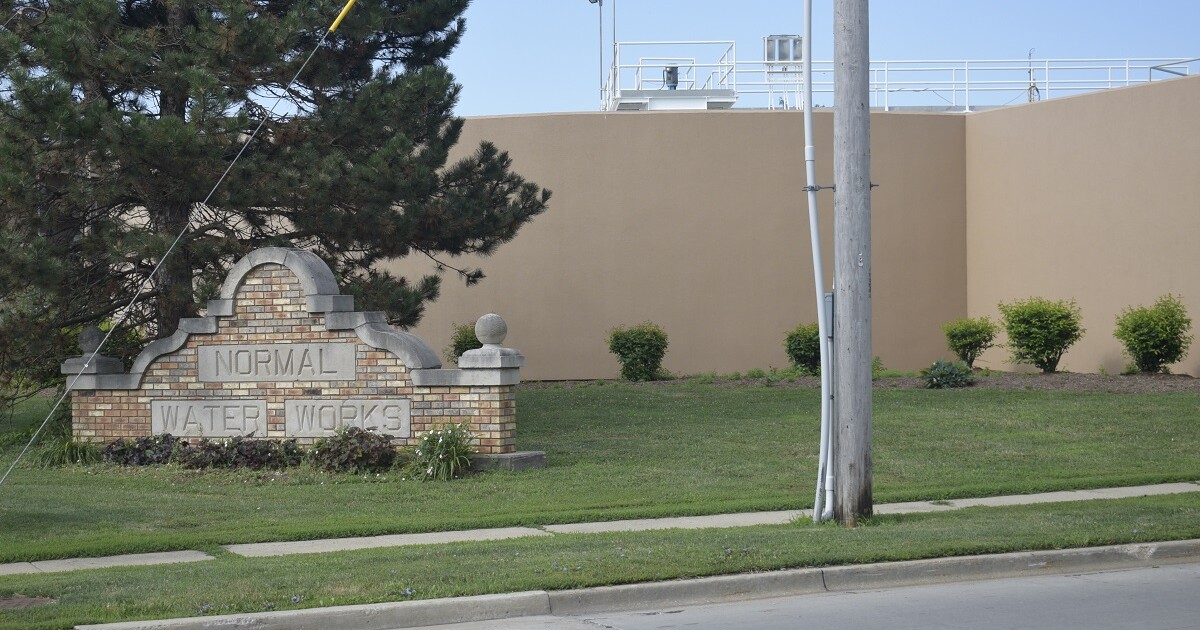 Many products we use every day contain chemicals that end up in our water supplies and in our bodies.

In sufficient quantities, these chemicals can be harmful. Exactly how harmful is unknown. Three McLean County communities recently detected measurable amounts of these so-called forever chemicals in their water supplies.

City and state water officials say drinking water is safe, but an Illinois State University professor who studies water issues says there are there are too many things we don’t know.

PFAs, or perfluoroalkly and polyfluoroalkly substances, are found in everything from fast food wrappers to kitchen utensils to water-resistant clothing.

PFAs are called “forever” chemicals because they do not break down in the environment. The state of Illinois began testing these chemicals two years ago. Data shows that 12% of Illinois communities have detected traceable levels, including Normal, Heyworth and Saybrook. Traceable is anything above 2 parts per trillion.

John Burkhart, Normal’s water manager, said there was no need to worry.

“I guess it’s scary for people. When you say you find anything in the parts per trillion, you can find anything when you look small enough, anywhere,” Burkhart said.

The Illinois Environmental Protection Agency (IEPA) said the same thing. Sanjay Sofat is the head of the agency’s water office. He said PFA levels, while measurable, were far from worrisome levels in McLean County.

“It’s barely (one) detection, that’s what we think, and it’s well, well, well below the health advisory,” Sofat said.

Note Sofit said “health notice” when referring to PFAs. Forever Chemicals are not regulated at the state or federal level.

Some who study water quality find this troubling.

“I think we need a healthy level of concern for this,” said Joan Brehm, co-director of the Center for a Sustainable Water Future at Illinois State University. Brehm calls for zero tolerance when it comes to PFAs.

“I think we should require zero levels of PFA in our drinking water, just like we do for lead,” Brehm said. “We don’t accept lead in our water and I think the same should apply to PFAs.”

The study of the health effects of these forever chemicals is relatively new. The US EPA released a report in June that exposure to some of these chemicals can affect the immune system, heart and lungs. Exposure can also lead to cancer and low birth weight babies.

The report says more testing is needed and for some PFAs, no known cancer studies exist.

Sofat said state health guidelines are based on the best available data.

“The toxicity data we use to develop these health advisory numbers has been peer reviewed. We have great confidence in the data we use,” he said.

If these forever chemicals were to be eliminated, it would not be easy. For one thing, Brehm said it’s hard to know for sure where the chemicals came from. “It could be related to historical activities in these areas that may have used PFAs either through manufacturing or other industries that could create pockets of concentration in this area,” she said. .

The three communities in McLean County that have measurable PFAs draw their water from the Muhammad Aquifer. Burkhart said six of the 12 wells in the town of Normal detected PFAs. He said the city can try to dilute the PFAs where they are present.

“We can now run different combinations of wells and mix them together so that they are below a detectable level,” he said.

Burkhart said the state simply told the city to monitor levels by conducting quarterly tests. “There are a lot of communities that have higher numbers and (the state EPA) is focusing on them. They just didn’t see it was a doable thing at this point,” Burkhart said.

About half of the communities that showed detectable AFP were above state health guidelines. Many of them are found along the Illinois and Mississippi Rivers, in Chicago and the Pass Counties.

ATP regulations could be coming. Sofat said all of the testing IEPA has done over the past two years will help form the basis of new regulations that the Illinois Pollution Control Board will consider. He said the state could then have the power to enforce PFA water standards.

Compliance would likely be costly for many communities.

Burkhart said the city’s water is good so far and doesn’t need to make any major changes. If the state decided to enforce strict PFA standards, he said the city would likely need to overhaul its water treatment.

Currently, Burkhart said the city is exploring a reverse osmosis system that would remove ammonia from its water. Burkhart said it would take care of ammonia and PFAs. It would cost the city between $40 million and $50 million. He said the city would have to borrow money, but he stressed that would not happen in the near future.

Brehm wants ATP regulations, but she doesn’t want municipalities to bear the cost of repairing the water supply. She said the government should make the industries that create these potentially toxic chemicals pay.

“I think a lot of it comes down to an inability or a lack of political will to hold industry accountable for their contaminants, their waste,” Brehm said.

For now, the cleanup will be left to the municipalities. Congress approved $1 billion in the recent infrastructure bill for state and local governments to reduce PFAs and other contaminants in drinking water.

Recently, Governor JB Pritzker signed a bill that limits how certain PFAs can be eliminated. Environmentalists have fought to prevent these chemicals from being incinerated forever so they don’t end up in the environment.