The first half of the 2022 legislative session will end on March 4, so I had the honor of presenting six more of my bills at hearings. On February 28, I introduced Senate Bill 937 to allow all counties with populations under 75,000 to follow different procedures than the Missouri Supreme Court rules for a change of location and to reduce unnecessary pressure on small counties that only have part-timers. prosecutor and support staff. I also introduced Senate Bill 938 to amend the licensing of physician assistants. This measure will limit license applications to only graduates of an accredited medical school in North America and provide more opportunities for graduates of Missouri medical schools to find a residency match to complete their degree.

To kick off the month of March, I introduced Senate Bill 939 to bring our state’s current language regarding background checks of certain personnel at medical marijuana facilities into line with FBI national standards. On March 2, I introduced Senate Bill 824 to the Senate Committee on Commerce, Consumer Protection, Energy and the Environment to allow electricity customers to subscribe to a solar project community and receive a credit on their electricity bill. After the hearing for SB 824 concluded, the committee voted my utility rate adjustment, Senate Bill 756, passed. I also introduced Senate Bill 671 to add negligence to our state’s abuse laws and establish the Essential Caregiver Program Act to allow a patient to designate an in-person contact or caregiver during a state of emergency declared by the governor. Finally, I introduced my electoral integrity bill, Senate Bill 670, which was introduced at the request of the Secretary of State and will require hand-marked paper ballots, among many other provisions to strengthen our electoral security.

The deadline for tabling legislation this session was March 1, so I’m grateful to add concurrent Senate Resolution 34 to my list. This resolution encourages Congress to include the Newtonia Battlefields in Newton County with Wilson’s Creek National Battlefield in the National Park Service to preserve its important place in history. Similar legislation was introduced by Missouri Congressmen in Washington, DC, so I am honored to be the boots on the ground to push this proposal forward in the Missouri Legislature.

On February 24, the General Assembly appropriated and the governor signed a supplementary budget bill to allocate funds for preschool and K-12 education, public safety, telehealth services, and increases in salary for our hard-working state employees. The money comes from federal COVID relief and recovery funds passed by Congress last year.

What an honor it was to speak to members of the Missouri State Medical Association (MSMA) as they gathered on Capitol Hill on March 1 for White Coat Day 2022. I highlighted several legislative proposals that will benefit the medical community and I cautioned members about a few more. 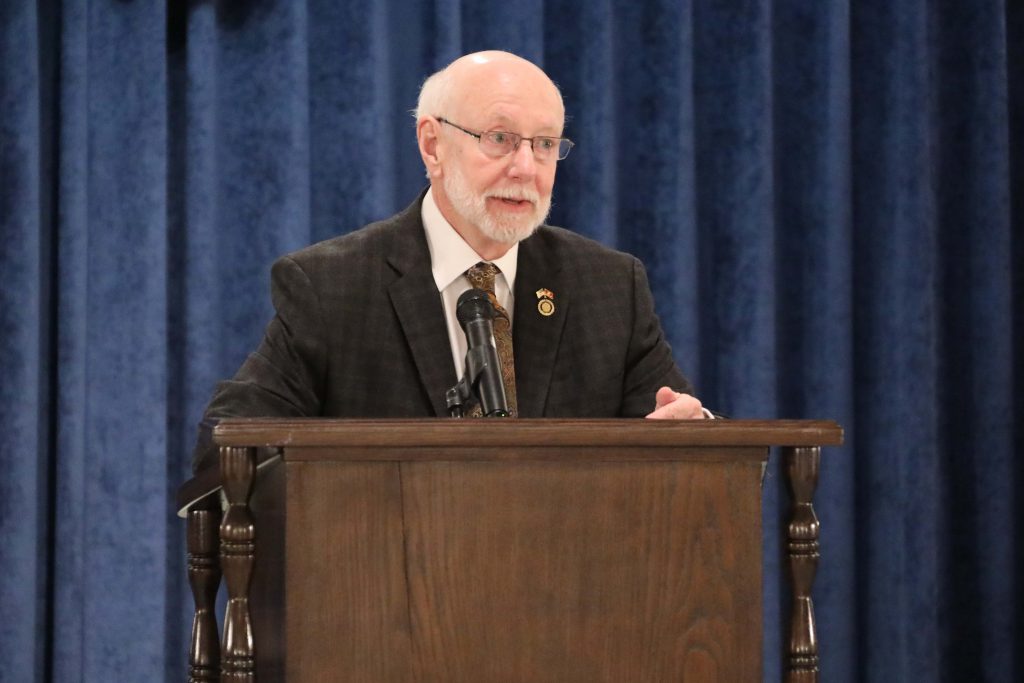 If you know of a young female graduate who would benefit from a one-time $1,000 scholarship to help cover college expenses, encourage her to apply for the Women Legislators of Missouri Scholarship. Candidates can apply in line and submit a 500-word essay answering the question, “If you were a state legislator, what do you hope to accomplish, and why?” The deadline for submission is March 24. The caucus will select the recipients and hold a reception at the State Capitol in their honor on April 25, 2022.

Welcoming members of our community to Jefferson City 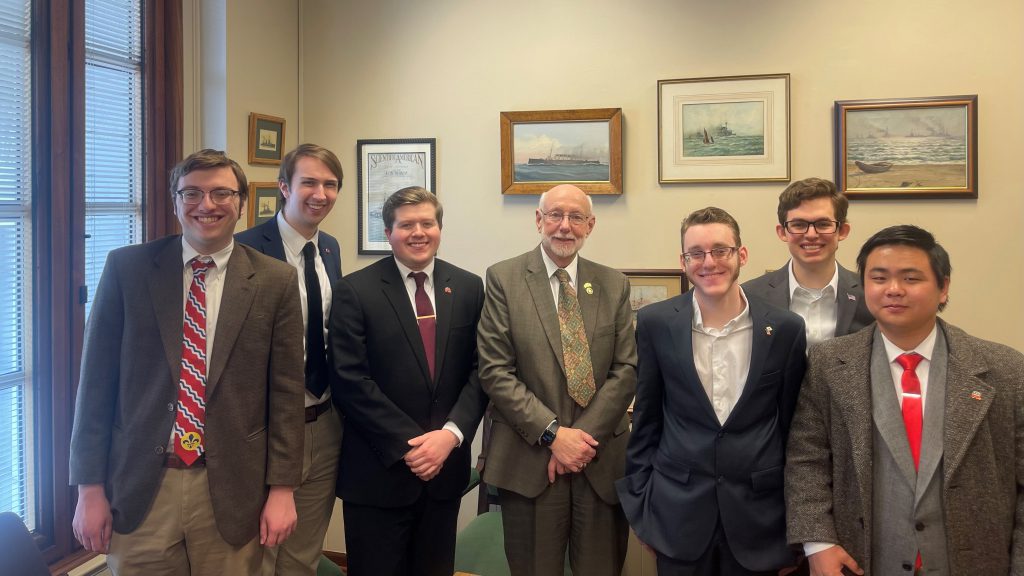 The Missouri Ambulance Association hosted 2022 EMS Day at the Capitol on March 1. I was happy to present them to the Senate and spend a few minutes discovering the issues and needs of those who “Commit our lives to save yours”.

Crowder College EMS responders Kyle Ritter and Ike Isenhower pose with Senator White, Kyle Jackson and Jason Smith of Joplin, and Ricky Savage and Elliott Harmon of Dade County during their visit to the Capitol. 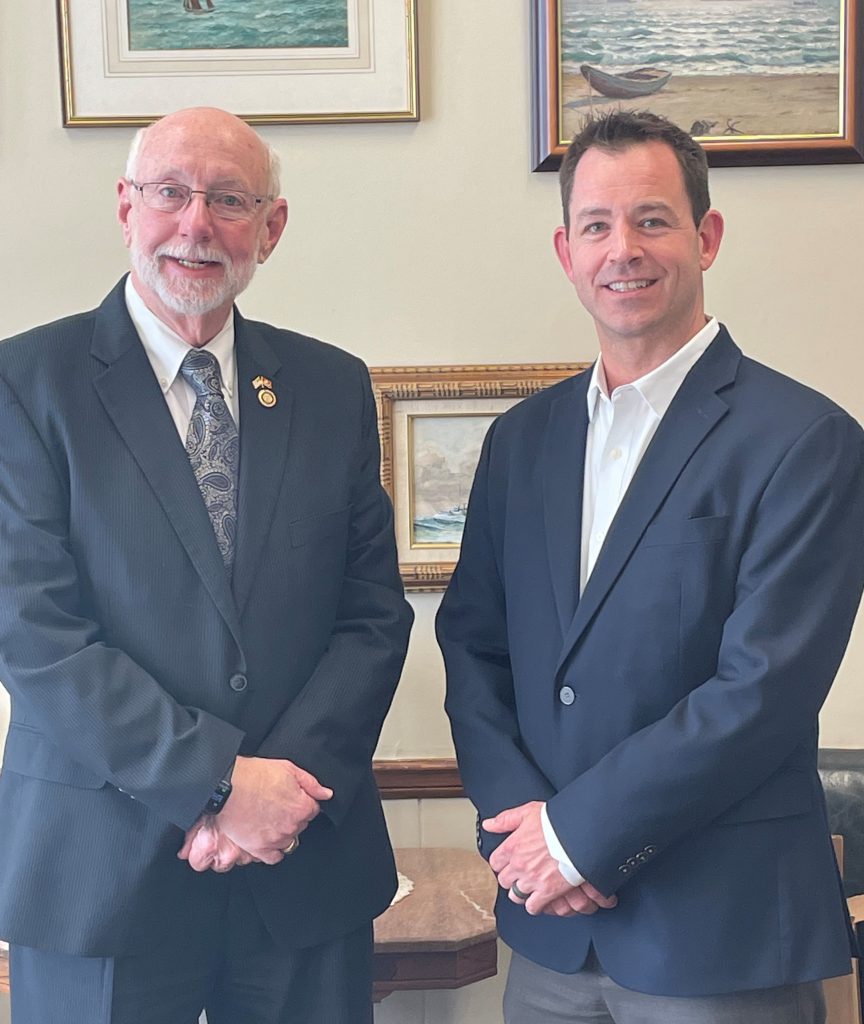 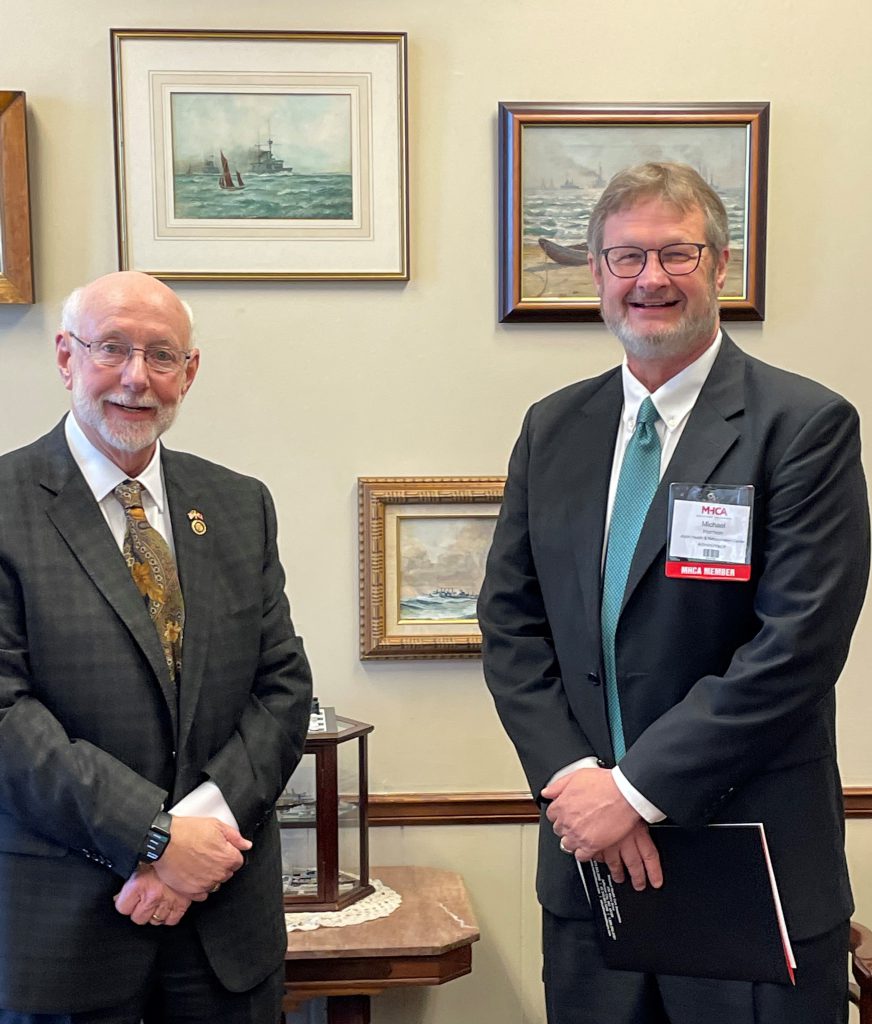 Senator White speaks with Mike Harrison of the Joplin Health and Rehabilitation Center. 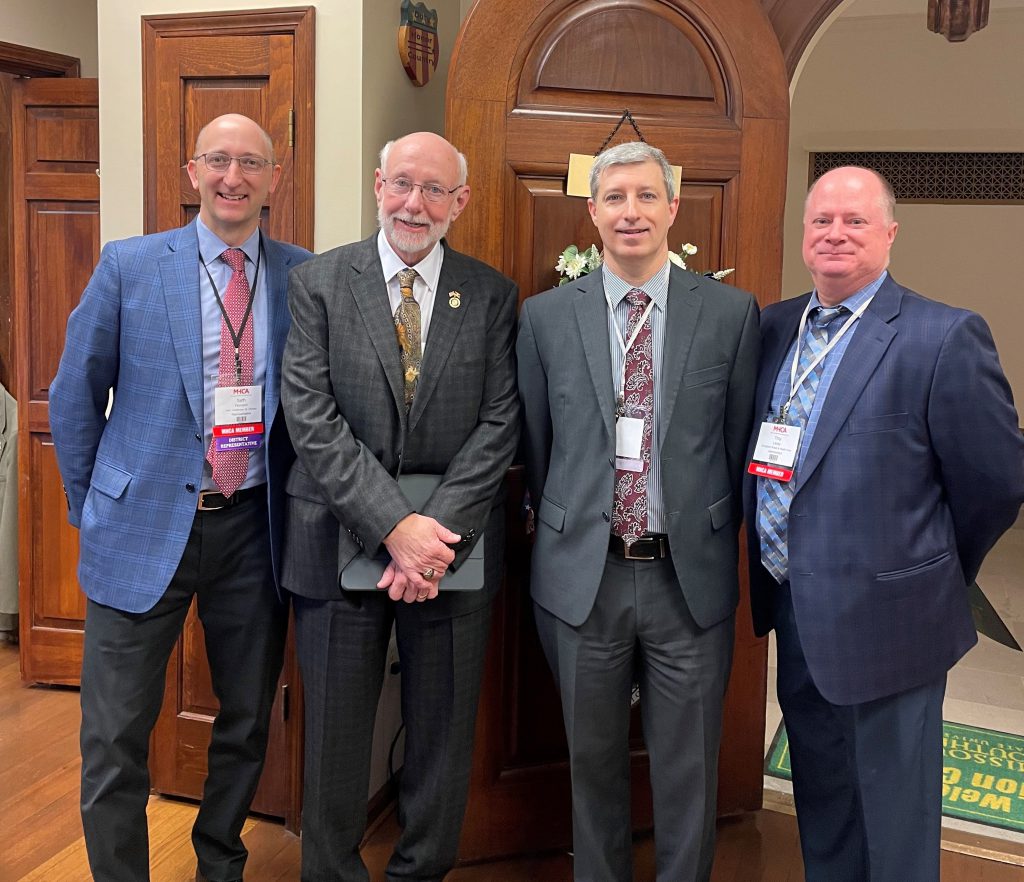 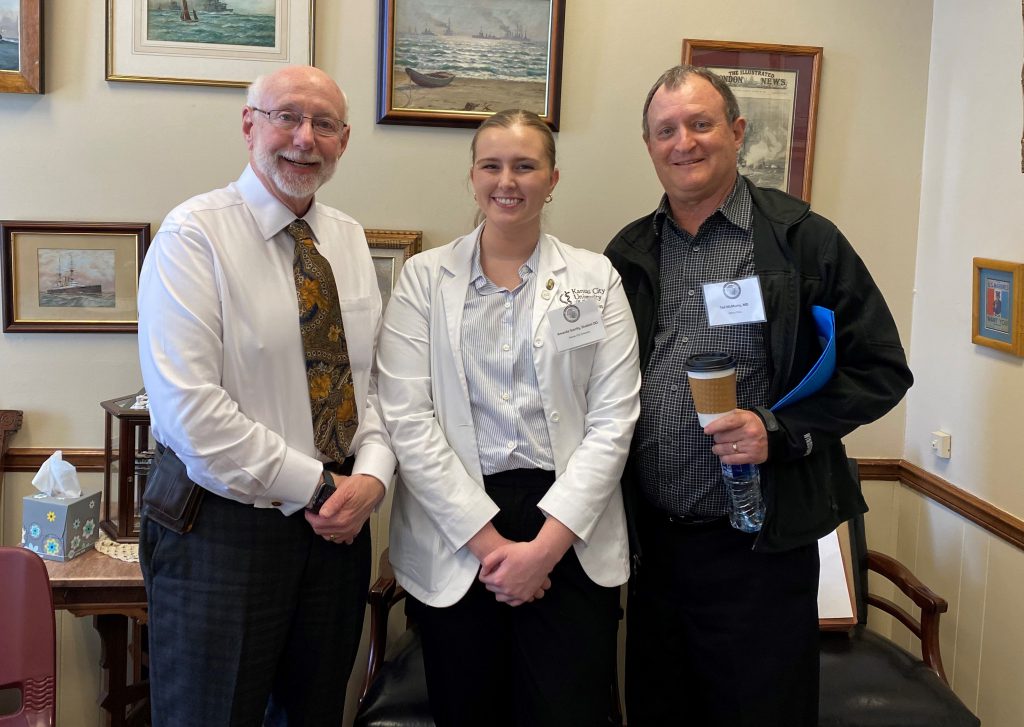 Senator White joins members of the Missouri Trucking Association on their legislative day. Andy Bradford, third from right, is a resident of our community who works with Tri-State Trucking.

Do not forget ! March 9 is the deadline to register to vote for the April 5 election.

The new Congress map favors Republicans with 10 of the 15 seats: The awakening of Wednesday, March 2, 2022