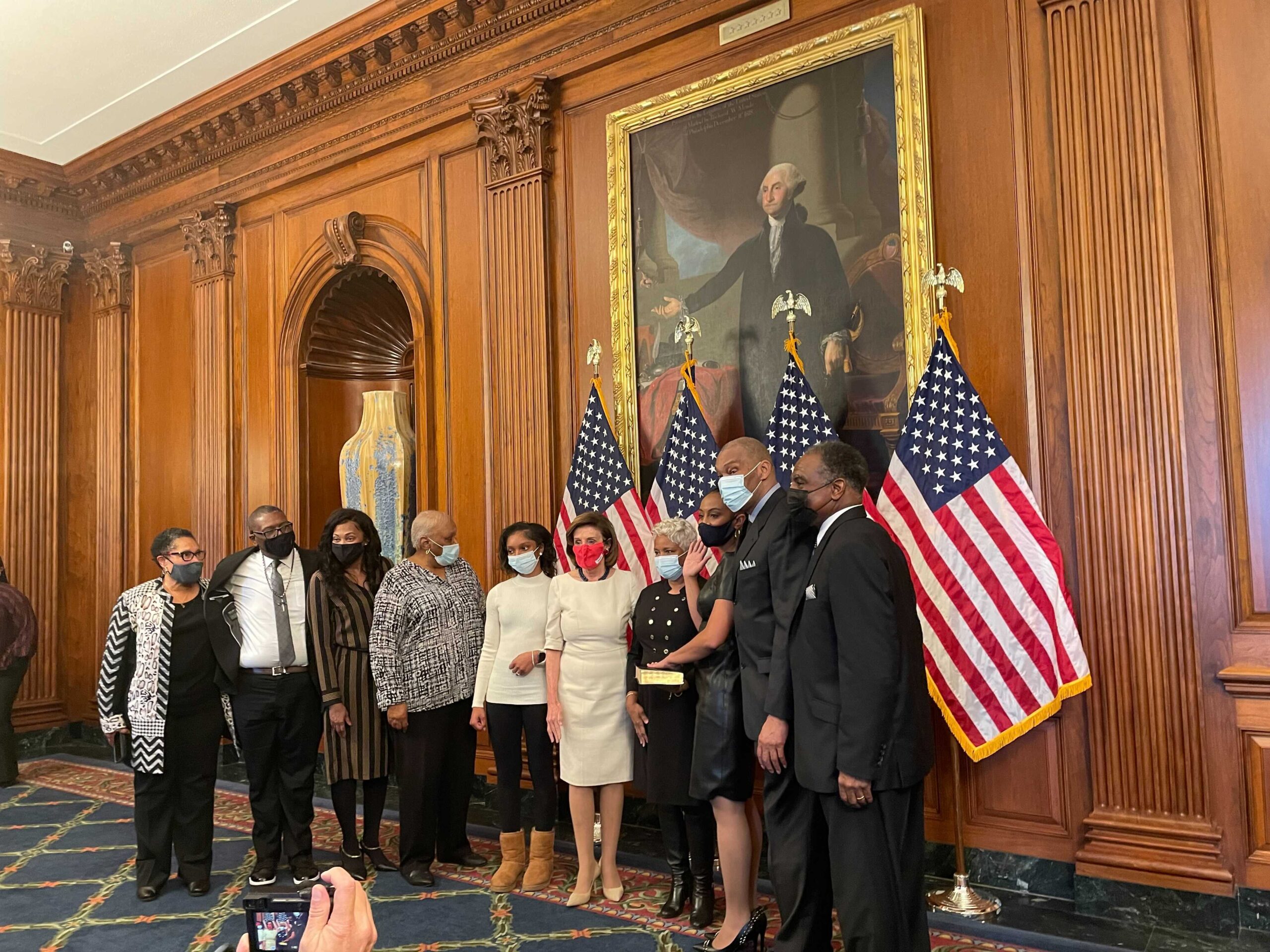 WASHINGTON – House Speaker Nancy Pelosi sworn in two Ohioans on Thursday as members of the United States House of Representatives.

Representatives Shontel Brown, a Democrat, and Mike Carey, a Republican, take the House to 221-213. They won their respective seats on Tuesday and were sworn in immediately as the seats were vacant.

â€œI came to Congress because I believe in the resilience of the community that I love and call home,â€ Brown said on her first floor. speech. â€œWith the eyes of history on us, it’s time for a fairer and more equitable future. “

Brown thanked her friend and mentor, U.S. Department of Housing and Urban Development Secretary Marcia Fudge, who resigned from the 11th District seat Brown won this week to lead the agency.

Brown is chairman of the Cuyahoga County Democratic Party. When she was elected, she was backed by establishment Democrats like Hillary Clinton and Rep. House Democratic Whip Jim Clyburn of South Carolina.

In the primary, she beat candidates, including her closest opponent, Nina Turner, a former state senator and progressive Democrat who aided Sen. Bernie Sanders (I-Vt.), In her presidential campaign.

Brown will also become the 58th member of the Congressional Black Caucus.

Carey will replace Steve Stivers (R-Ohio), who resigned from the 15th district seat in May to lead the Ohio Chamber of Commerce. Carey is a former coal lobbyist who had the backing of former President Donald Trump.

“The problems facing our nation today are great and consequent,” he said during his first speech in the House. â€œWorking families need this organization to provide solutions. Today I am ready to work for the people of my district and for this great nation.

There is still one vacant room in Florida’s 20th District after Alcee Hastings, a Democrat, died in April. General elections take place on January 11.