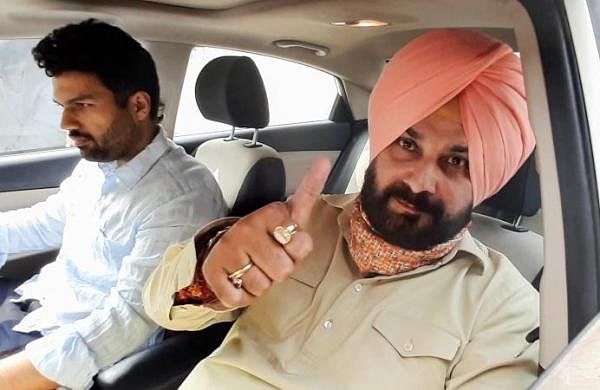 NEW DELHI / CHANDIGARH: Much to the annoyance of Punjabi Chief Minister Amarinder Singh, his great rival Navjot Singh Sidhu is expected to be named the new state congressional leader along with AICC secretary general and convenience store Harish Rawat, after meeting Amarinder on Saturday, saying the CM would accept any decision taken by the party’s high command. But Amarinder’s conspicuous descent from Friday, when he wrote to Sonia and strongly objected to Sidhu’s likely appointment, only came after the CM extracted his pound of flesh, according to those who are aware of developments.

Sources said the party will have two or three active presidents under Sidhu, but the CM will have a say in their nominations, given he will have carte blanche in a cabinet reshuffle and government management and will play also a key role in the campaign committees for the assembly elections. The sitting presidents are likely to be from the Malwa, Magha and Doaba regions of the state.

Amarinder also reportedly insisted that he would not meet with Sidhu until he publicly apologized for his uncharitable comments on social media against the CM and his criticism of the state government. During a day of eventful meetings, Rawat flew to appease Amarinder in Chandigarh. After the meeting, Amarinder media advisor Raveen Thukral tweeted on behalf of the CM: â€œI had a fruitful meeting with @harishrawatcmuk. Reiterated that any decision of the President of @INCIndia will be acceptable to all. Raised some issues he said he would discuss with the president of @INCIndia. Rawat for his part said that “the CM reiterated what he said earlier that Sonia’s decision regarding the CCP chairman would be acceptable to him.”

Even as Rawat bought peace with Amarinder, Sidhu began his outreach meetings within the party, an indication that he will soon be high. He called out the outgoing President of the Punjab Congress Sunil Jakhar, former party leaders, ministers and MPs. Jakhar later said the party needed to present a united face for the 2022 assembly elections.