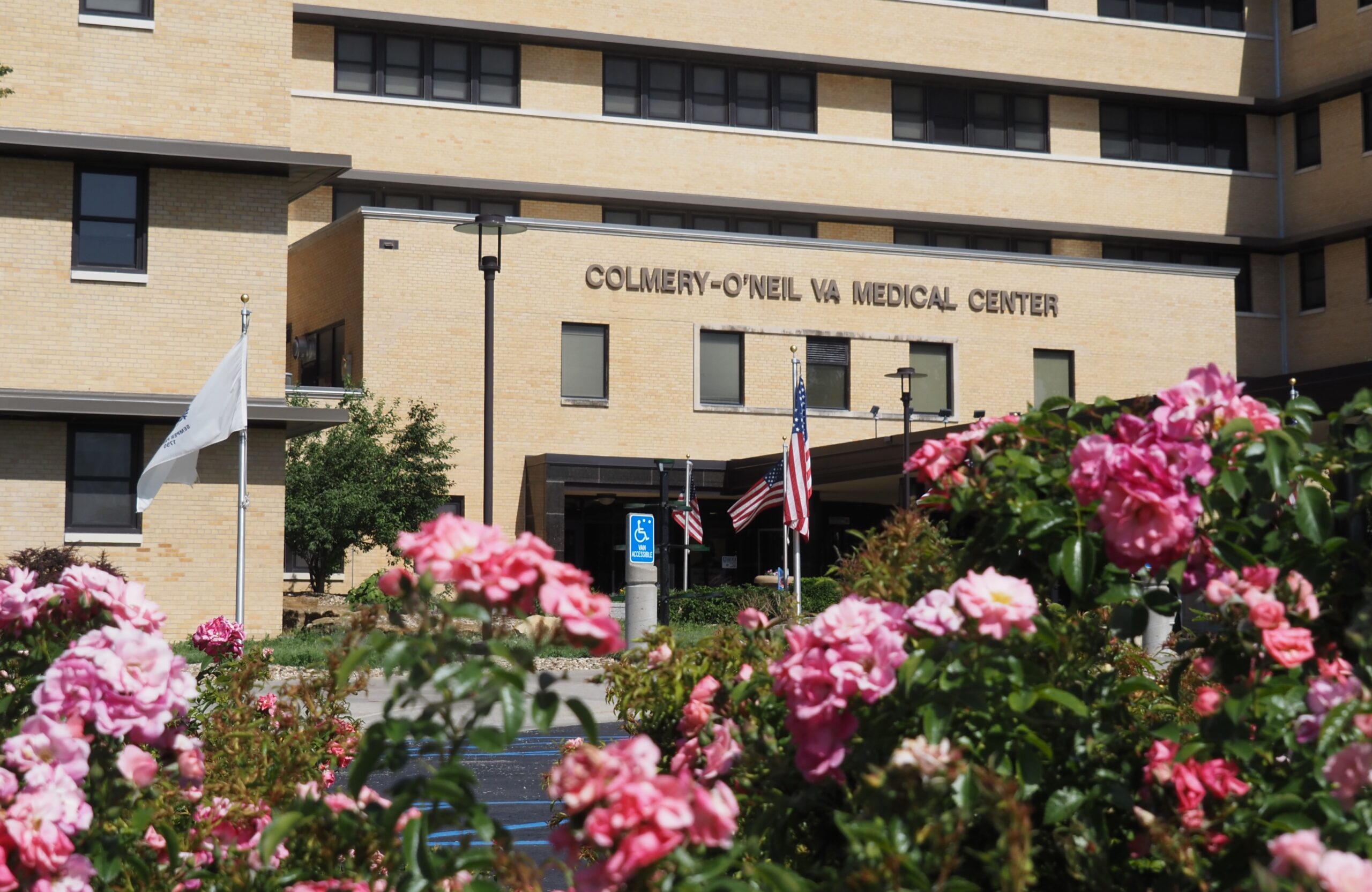 Rolf, who began his 31-year military service in 1970 in Vietnam, says he is still leading the battle to ensure the commitment is kept and veterans’ medical services remain in place. Recent recommendations from the Department of Veterans Affairs to the Assets and Infrastructure Review Board suggesting that an overhaul of its health network is tantamount to reneging on that promise, Rolf said.

“In my personal experience, VA care is damn good,” Rolf said. “But I’m used to fighting bureaucracies and it’s easy for me when someone says ‘No you can’t do this, you can’t do that’, I don’t take that. as an answer.”

On Monday, Rolf and other veterans opposed to those changes scored a key victory after a bipartisan group of U.S. senators, including the chairman of the Senate Veterans Affairs Committee, announced its intention to block the AIR Commission, citing a flawed process. A 2018 law signed by President Donald Trump requires the VA to submit plans to the commission, after which AIR will forward recommendations to Congress for consideration.

A dozen senators have said they will not endorse the commission’s creation by refusing to endorse President Joe Biden’s nominations to the panel, in part because of “unworkable” and controversial recommendations. The VA proposal sought to close 172 of more than 800 clinics nationwide and, among changes in Kansas, to reduce capacity or shut down some emergency services in several locations.

In the northeast part of the state, where most of the roughly 221,000 veterans living in the state reside, the plan would end emergency medical and outpatient surgical services at the Topeka Medical Center. At Leavenworth, a 23-bed inpatient center would become a 12-bed observation hospital, while a new outpatient facility would be built on campus.

This isn’t the first time someone has proposed ending inpatient emergency services at these facilities, but Rolf said it presents another daunting challenge. Just recently, he needed a boil removed, but his primary care physician was not licensed to provide the same services as his local VA facility.

Without veteran-focused emergency services, many would need to seek care at conventional medical centers and hospitals, which often incurs expense.

“Most of our veterans who don’t have the financial capability just go without treatment, and that just makes it worse,” Rolf said. “All of a sudden now they have to have life-saving surgery or else they don’t get any treatment and end up dying, which is even worse.”

The US senators’ decision nearly ends a five-year effort to reduce the VA footprint across the country. Those set to block the commission may still change their minds, but for now the recommendations will not move forward in the process.

In the report, the VA said the overhaul would help address recruitment issues and reduce demand for services in certain areas.

“Currently, most ER visits occur on weekdays between 8:00 a.m. and 10:00 p.m., and most are of low to moderate complexity with only 7,638 visits in fiscal year 2019,” the guidelines state. ‘AV about the establishment of Leavenworth.

“The maintenance of emergency services at the Topeka VAMC is no longer sustainable due to low and declining demand and provider recruitment challenges,” the report continues. “Replacing the emergency department with an urgent care center will provide the appropriate level of care for the veteran population.

According to VA recommendations, neither the Leavenworth nor Topeka medical centers meet current design standards, and the facility condition assessment shortfalls amount to approximately $199 million and $141 million, respectively. of dollars.

But national and state lawmakers said these suggested changes were biased against rural states. Rep. Pat Proctor, a Republican and military veteran from Fort Leavenworth who led teams in Iraq and Afghanistan, said data-based recommendations leave out the real effects on those who need those services.

“I feel like the rug has been pulled out from under us,” Proctor said earlier this month. “Weigh the recommendations against the violence this will do to people’s lives. I hope they come back and talk to us before they pull vital health services from our community.

Proctor noted that the recommendations could also harm a planned veterans home in northeast Kansas. A bill providing additional funding for the facility passed the Legislature and received the governor’s approval earlier this year, but he said the decision was based on the current level of VA services available. In the region.

“The Northeast Kansas Veterans Home – funding I finally managed to secure for the final session after years of empty promises – will be a long-term care facility for our most vulnerable veterans on the medically,” Proctor said. “It will depend on regional VA health care facilities to address emerging medical needs. Removing these hospital beds from our community puts these veterans at risk.

The redesign prompted protests in New York, Massachusetts, Ohio, Pennsylvania, South Dakota and West Virginia. Earlier this month, veterans and union members from District 9 of the American Federation of Government Employees reunited at the Heartland VA Network in Kansas City, Missourito protest the changes in the region.

Sen. Brenda Dietrich, a Republican from Topeka, echoed the same concerns Proctor had for her veteran constituents. Dietrich, who served on the Veterans and Servicemen’s Committee while at the Statehouse, said she often hears veterans say they need care in an environment where they are the top priority. .

“I think all of our veterans want to be valued,” Dietrich said. “From an efficiency perspective, it probably makes sense if you look at the data. But from a care perspective, I think it’s going to be very controversial and not well received by our community. »

However, additional recommendations may have provided increased services in other areas of the state, such as Wichita, where the VA suggested strategic collaboration with the University of Kansas and affiliated community hospitals to add health services. mental health to hospitalized patients. Currently, the closest facility offering these services is in Topeka, two hours away.

“The Wichita VAMC reported holding four to six mental health patients in the inpatient medical and surgical unit at one time, pending availability of inpatient mental health beds in the community,” the report said. VA report.

In addition, the AV recommended the opening of community outpatient clinics in Derby, Iola and West Wichita. But with these new clinics, the VA suggested closing CBOCs in Fort Scott, Chanute and Garnett due to proximity to new or existing facilities.

If the recommendations were to resurface, available capacity would be able to support 100% of projected enrollee demand, according to the VA. About 173,500 veterans would be within 30 minutes of primary care through the VA or a community provider, and another 600 would be within an hour’s drive.

Sen. Tom Hawk, a Manhattan Democrat, said some give and take is always likely when trying to meet the needs of all patients. Some veterans he has spoken with in his community have expressed concerns about traveling long distances to get services, which the new clinics could help alleviate.

“We always recognize that most people don’t like change, but it’s inevitable. I don’t think we should be afraid of change,” Hawk said. “But I think part of our democratic process should be to listen to everyone affected by the change.”

“So how do you find that balance between offering the kind of service that’s efficient, affordable, and effective?” he said.