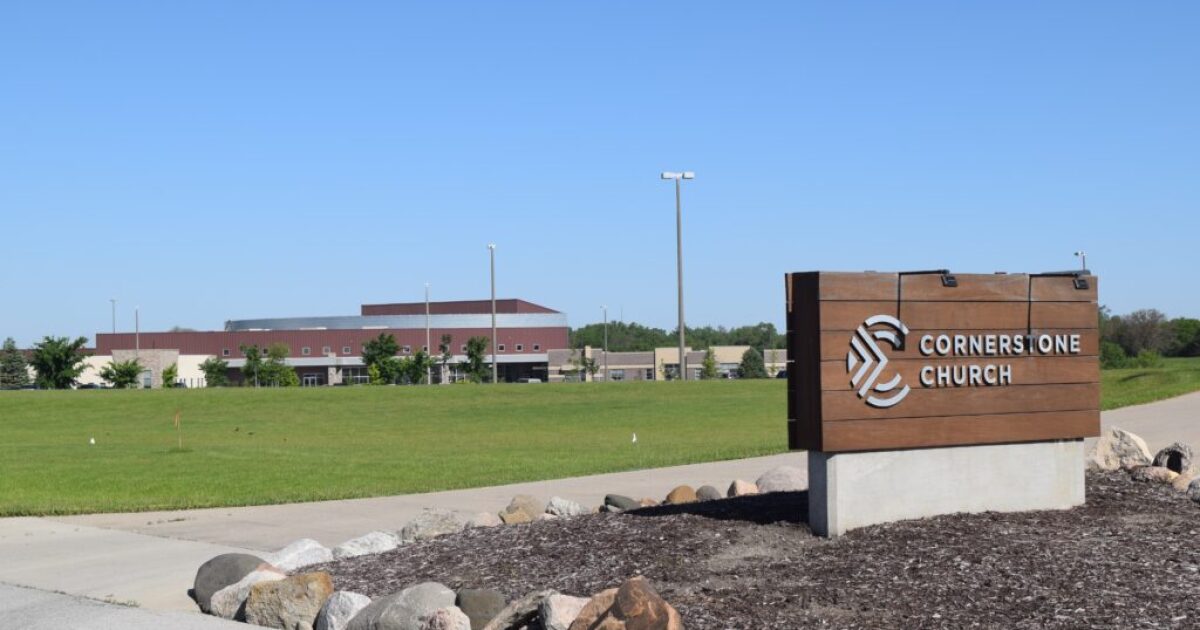 Members of the Iowa congressional delegation responded with grief and prayers after a Thursday night shooting killed three people outside a Christian ministry rally in Ames.

Also this week, GOP lawmakers addressed the use of taxpayer money for abortion and the shortage of infant formula.

In Ames Thursday night, Eden Montang, 22, and Vivian Flores, 21, were shot by Boone’s Johnathan Whitlatch with a 9mm pistol, according to the Story County Sheriff’s Office. After the attack, Whitlatch shot and killed himself. Authorities said the incident apparently stemmed from a domestic dispute.

Whitlatch had been arrested and charged with harassment and impersonation of a public official on May 31, according to law enforcement officials. This incident was also linked to a domestic dispute, according to the police.

The two female victims were students at Iowa State University. The shooting happened outside Cornerstone Church off US 30.

“I am heartbroken to see the tragic loss of life in Ames tonight,” Feenstra said in a tweet shortly after filming. “Our churches and the faithful who fill them should never be targets of violence. Lynette and I pray for the victims, their families and the entire Ames community.

Law enforcement said the attack appeared to be a domestic situation and there was no indication Whitlatch attempted to enter the church. The incident follows 233 mass shootings in 2022.

“My prayers go out to the victims of tonight’s shooting, their families and the people of Ames,” Axne, D-3rd District, said in a tweet. “Enough is enough. I’m working with my colleagues in Congress to pass federal gun safety measures. It’s time to act.”

All Iowans mourn with the community of Cornerstone Church tonight. I am horrified and heartbroken by this senseless tragedy – no one should feel unsafe in their place of worship.
I am grateful to law enforcement and will continue to monitor this situation.

Representative Mariannette Miller-Meeks: “I and all of Iowa mourn this horrific and senseless act of violence and mourn the loss of innocent lives. We will support these families and the community of Ames as we learn the details of this tragic crime.

Barbara and I are lifting up the community of Cornerstone Church in prayer tonight. Churches should be a place of worship and not of violence. Violence is always bad / I’m watching developments in Ames closely as we learn more details

Senator Joni Ernst: “I am following the situation in Ames closely. I am grateful to our first responders and pray for everyone involved and for the entire Cornerstone Church community.

How is Congress responding to gun violence?

No taxpayer money for abortion

Grassley joined Senate Republicans in a letter to Schumer pledging to block any legislation allowing taxpayers’ money to fund abortions. Republicans sent a similar message to Senate leadership in February 2021.

Democrats attempted last month to codify the right to abortion established in the 50-year-old court decision Roe v. Wade but failed due to Republican filibuster. The Supreme Court’s conservative majority indicated its willingness to overturn precedent in a leaked opinion.

“We write to express our unwavering support for the Hyde Amendment and all other longstanding pro-life protections,” the letter reads. “For more than 45 years, the Hyde Amendment has ensured that taxpayer dollars are not used to fund abortions, saving the lives of nearly 2.5 million unborn children…the Hyde Amendment is supported by both a substantial majority of the American public and a bipartisan majority of sitting U.S. Senators, and was recently signed into law by President Biden in Public Law 117-103.

Feenstra introduced legislation to require the Food and Drug Administration to establish and update Congress on clear standards by which it regulates infant formula in the United States.

After potentially deadly bacteria were found in formula production at an Abbott Laboratories plant in Michigan, which produced 15% of the nation’s infant formula, Congress scrambled to pass legislation to restock shelves. stores and review the regulatory process. Miller-Meeks also joined in co-sponsoring the bill.

“Families in Iowa have been hit hard by the nationwide shortage of infant formula. The current shortage has exposed serious issues with our supply chain and FDA oversight,” Miller-Meeks said in A press release.

Miller-Meeks and the other Republicans in the Iowa delegation voted on may 18 against a House-approved proposal providing $28 million to the FDA to address the formula shortage.

“Writing a blank check to the FDA, the same agency that created this crisis, will not solve the underlying issues. During the current infant formula shortage, we must work to increase access to formula to support families across the country,” Miller-Meeks said in a statement. “Improving standards to regulate imported formula will ensure we can import the goods needed to bolster domestic supplies to prevent future crises and keep American families healthy and safe.”

Download our apps today for all our latest coverage.

Get the latest news and weather straight to your inbox.