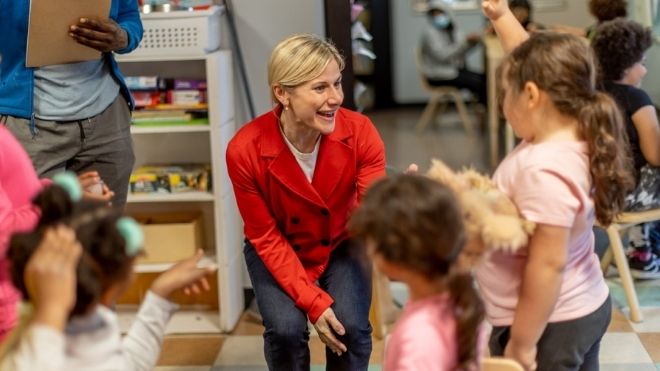 Vanessa Fajans-Turner, who was previously a candidate in New York’s 22nd congressional district, announced on Sunday that she would not continue her campaign for Congress.

Fajans-Turner’s announcement comes after finalized district maps were approved by a state judge on Saturday, May 21.

The Legislature’s version of the Congressional map originally placed Ithaca in the 22nd Congressional District. However, the finalized map drawn by Special Master Jonathan Cervas places all of Tompkins and Ithaca County in the sprawling new 19th District, which ends at the Massachusetts border.

This Moment ‘Bigger Than Any Individual Contestant,’ Says Fajans-Tuner

“Now that New York’s redistricting process is complete and its new district lines are final, I have made the difficult decision not to pursue my campaign for Congress,” Fajans-Turner said, according to a statement from hurry. “Tompkins County and my hometown of Ithaca have been drawn into New York’s 19th Congressional District, which spans 11 counties stretching from Tompkins to the Catskills and east through the River Valley. ‘Hudson to the Massachusetts border.This new district is very different from the one in which I have campaigned and won the trust of voters since its launch in February.

In his statement, Fajans-Turner affirmed his commitment to supporting fellow Democrats in November while acknowledging the challenges ahead for the party.

“We will need all the resources we have to secure a Democratic victory in November to fight Republican attacks on our democracy, our basic rights and our climate. I will not act in any way that divides the Democratic field in this new swing district with an established, well-funded Republican in contention. This national moment is bigger than any individual candidate, and it behooves us all to work for the greater common cause as the stakes in this race continue to rise,” Fajans-Turner said.

Republican Claudia Tenney, incumbent of the 22nd District, announced on Saturday that she would campaign in the new 24th District. Mike Sigler, Brian Williams and Steve Wells are the current Republicans in the race for the 22nd District.

“As I wrap up my campaign for Congress, my commitment to communities in this region has not changed. The imperative to act on issues such as climate change, reproductive freedom and the right to vote transcends our district and state borders, and the window for meaningful action is shrinking,” Fajans-Turner said. “To say I am grateful to everyone who believed in this campaign and its vision is the greatest understatement. I can imagine. We campaigned to stimulate conversation and engagement around key community issues. While our time in this race is over, our work certainly has not been.

Related: INSIDE THE FLX: Vanessa Fajans-Turner for Congress (podcast)

Get the latest headlines delivered to your inbox every morning. Sign up for our morning edition to start your day. FL1 on the way! Download the free FingerLakes1.com app to Android (all Android devices) or iOS (iPhone, iPad).