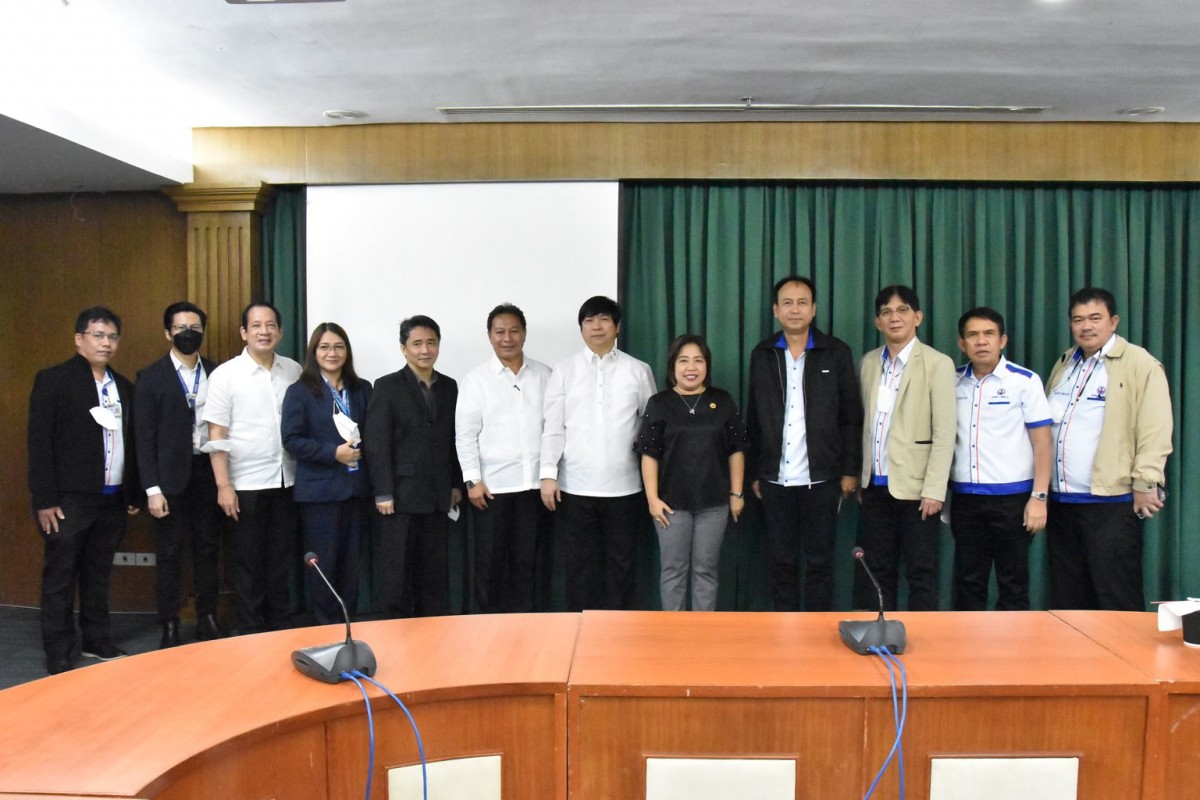 At the direction of DPWH Secretary Manuel M. Bonoan, Principal Undersecretary Emil K. Sadain on Wednesday, September 7, 2022 briefed committee members on the status of the country’s flagship programs and projects.

This came after this new regular committee of the 19th Congress met for its organizational meeting and the adoption of the rules of procedure physically chaired by Senior Vice President Maria Carmen S. Zamora in Conference Rooms 3 and 4 of the RV Mitra Building of Congress in the absence of President Congressman Claude P. Bautista.

The Flagship Programs and Projects Committee is responsible for matters directly and primarily related to the identification, prioritization, implementation, monitoring, evaluation and review of highly strategic infrastructure programs and projects.

Recognizing that the backbone of an economy is its infrastructure, President Ferdinand Romualdez Marcos Jr. previously said in his first State of the Nation address in July 2022 that the Duterte administration’s infrastructure agenda must not only continue but, where possible, be extended to maintain momentum.

Under the administration of President Marcos, the government aims to “build better more” infrastructure as it intends to prioritize the construction of better roads from farm to market and support the development programs of the irrigation that will improve agricultural production for food security; the development of more roads leading to tourist destinations to facilitate the revival, recovery and resilience of the tourism industry in the face of the devastating effects of the Covid-19 pandemic; and constructing resilient school buildings with comfortable and spacious classrooms to deliver quality education, Principal Undersecretary Sadain said.

Principal Undersecretary Sadain noted that there are approximately 119 Flagship Infrastructure Projects (PFIs) prioritized as game-changing projects of national significance and considered a subset of the program. Build Build Build, the flagship program to accelerate infrastructure development.

Of the 119 PFIs implemented by 17 agencies, 76 are in the transport and mobility sector, 15 in the urban development sector, 11 in the water resources sector, three (3) in the electricity sector and energy, 10 from the information and communication technologies sector and four (4) from the health sector.

Five (5) of the 15 completed flagship infrastructure projects of the PFIs fall under the portfolio of the DPWH, namely the Bonifacio Global City-Ortigas Center Link Road Project; Binondo-Intramuros Bridge and Estrella-Pantaleon Bridge under China grant bridges; improvement of the remaining sections along the Pasig River from the Delpan Bridge to the Napindan Canal; support program for the rehabilitation and reconstruction of the city of Marawi and its surroundings; and the Flood Risk Management Project (FRIMP) in the Cagayan, Tagoloan and Imus rivers.

In addition to the completed IFPs, two (2) projects are partially open or commissioned by the end of June 2022, with people now reaping the benefits of the project, including the Samar Pacific Coastal Highway Project in the Eastern Visayas and Malitubog – irrigation of Maridagao – Phase 2 in municipalities of the province of Cotabato and Maguindanao while 10 other projects will be completed by the end of 2022.