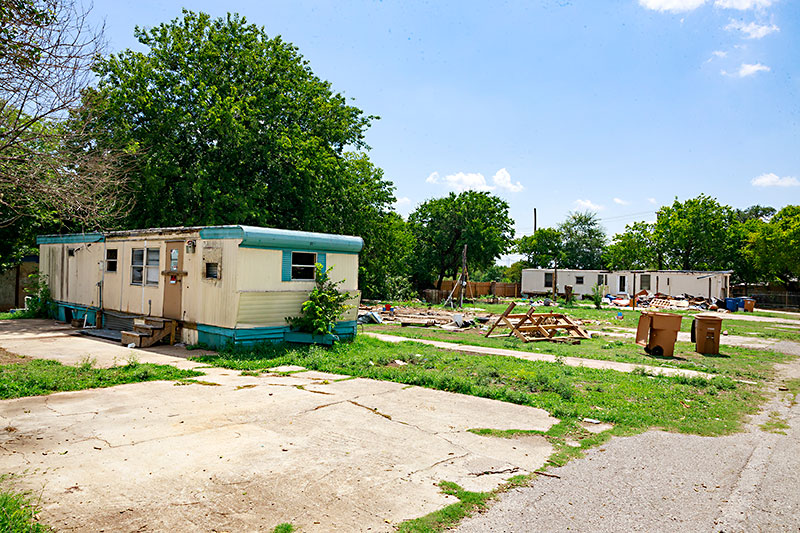 The tenants at Congress Mobile Home Park won a temporary restraint order to postpone their evictions, a significant victory for residents of the South Austin property who have yet to secure new housing.

The long-standing and tight-knit community was turned upside down earlier this year when new owner Reza Paydar and its entity Congress Corner LLC informed the tenants – some of whom had lived in the park for decades – that their leases were not being renewed; they had 60 days to move out. The tenants’ association lodged a complaint, Texas RioGrande Legal Aid and the Austin Community Law Center, alleging that state law requires Paydar to provide 180 days notice to tenants facing eviction — because it intends to change the use of the property by converting it from an affordable housing option to a more expensive RV facility serving travellers. A Travis County district judge granted the TRO on September 1, with an extension granted on September 12. A final ruling on the lawsuit itself will be made in the coming days, but granting a TRO normally signals that the judge thinks plaintiffs have a high chance of success.

The vast majority of residents who lived in Congress Mobile Home Park at the start of 2022 have already moved — some to their South Austin neighborhood, others entirely out of Travis County. But a handful of families remain in the park, struggling to meet the myriad challenges of the housing market and especially the mobile home side of that market. “The stakes are high,” Noelia Mann, tenant organizer with Building and Strengthening Tenant Action (BASTA), said. “People really don’t have any other options.”

A number of houses are crafted and cannot be moved. Caroline Velardie, a former tenant who grew up in the park and moved in earlier this summer, said many other tenants can’t afford the cost of moving their homes or have to wait for their homes to be approved for utilities. at Congress Mobile Home Park. People who left their homes in the park after moving into apartments now risk losing them entirely or being forced to sell them at significant financial loss as they are pushed back from ownership to the rental market.

“It’s so wrong,” Mann said, “not just the neglect and disinterest, but actually the desire to see these people kicked out. I think that represents the kind of Austin that some people want to see. , which I think is a gentrified Austin, which is a white Austin, a wealthy Austin – and it’s at the direct expense of people’s lives, a roof over people’s heads and food on Table.”

Velardie said that since moving, she and her sister have stopped going out to eat and try to keep their lights off at all times to save money on their electricity bill. In addition to higher utility costs, their rent has increased by $1,000 per month in their new apartment. Velardie said she hopes the lawsuit sends a message to other potential investors.

“Now when I go to the park, I find myself sighing a lot,” Velardie said. “I hate to see how my neighborhood was and what it’s become, and how ugly it’s gotten in the sense that Reza Paydar hasn’t improved that transition much… This is the new reality. You’re leaving with this frustration that we were being treated that way, like disposable people.”

Do you have something to say ? The the Chronicle welcomes opinion pieces on any topic from the community. Submit yours now at austinchronicle.com/opinion.