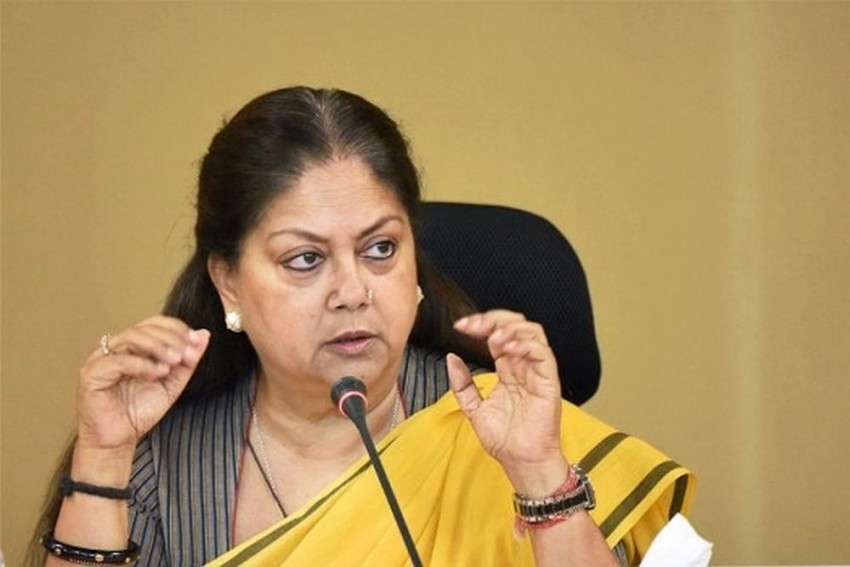 Former Rajasthan chief minister Vasundhara Raje on Monday targeted Congress in the state, saying the Ashok Gehlot government had failed on all fronts and his party was “number one” in making false promises.

Under her leadership, the state is “leading in atrocities against women, corruption, inflation, diesel and gasoline prices, expensive electricity, and leaked (examination) papers ),” the top BJP leader said at a rally during a status unveiling program in Churu. Bambu village of the district.

“These people (Congress) are also the first to make false promises,” she said, claiming that the state government had failed to deliver on agricultural loan exemption promises during its four years.

As the state lags behind in development, congress government ministers and party MPs are racing to become chief minister, she alleged.

Recently, a political crisis erupted in the state with the decision of Congress to hold its legislative party meeting at the residence of the chief minister on September 25.

It was seen as an exercise to change the chief minister ahead of the Congress speaker elections for which Gehlot was the frontrunner. Gehlot’s former deputy, Sachin Pilot, was among the main contenders for the premiership.

Raje said the state government blames the Center for its failures which in fact set new development records in the country.

Polls of the Rajasthan assembly, which has 200 members, are due to take place next year.