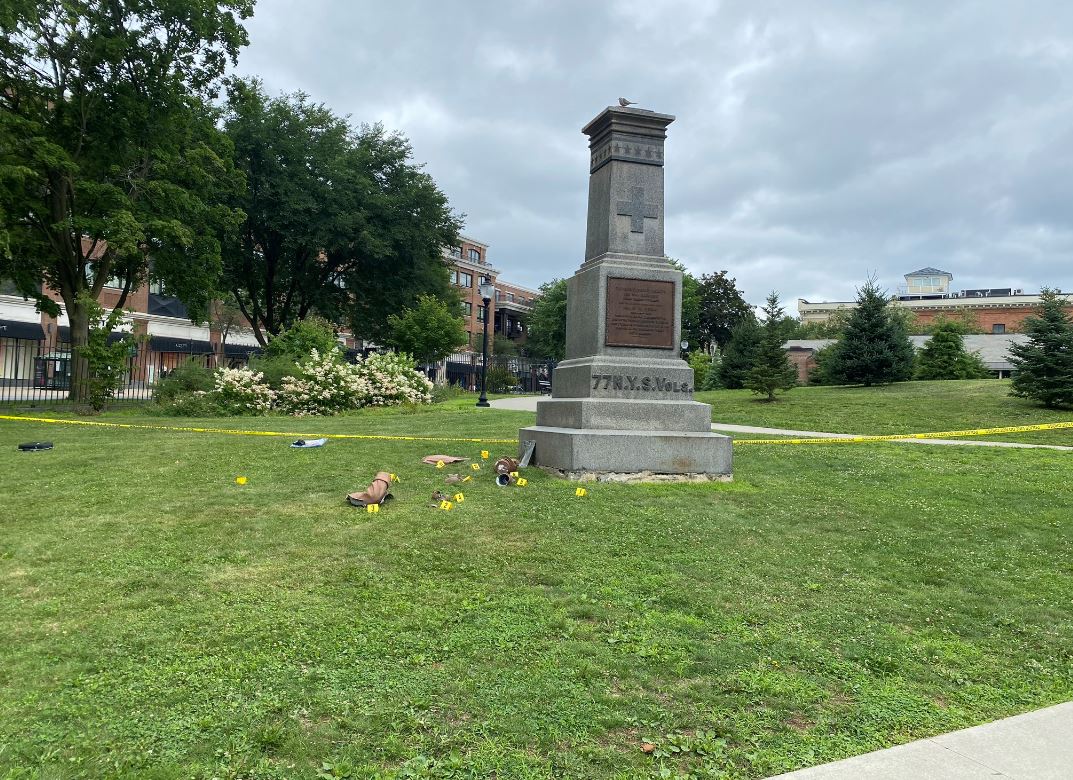 Officers on patrol discovered the broken statue on July 16, Thursday around 3:30 a.m. No arrests were made in connection with the damage, police said.

While the statue was repaired and returned a few months ago, Scirocco says he has coordinated with the company to return to install it, while making improvements to the landscaping. Sirocco said he made sure new security systems were installed in the park, as a priority before installation.

According to Scirocco, the repair costs totaled $ 58,218, which had been covered by the city’s insurance program. Scirocco says community donations totaling $ 14,215.90 were also made, which were used for landscaping and safety improvements.

The donations were organized by the New York State 150th Anniversary Committee and Col. George L. Willard’s camp # 154, Sons of Union Veterans of the Civil War, says Scirocco. The statue was built in 1875 and donated to the city, in honor of the 77th Infantry Regiment known as the Saratoga Regiment.

The 77th Infantry Regiment participated in all of the Army of the Potomac’s campaigns, which also included the Battle of Fort Stevens in Washington, DC, and the campaign in the Shenandoah Valley under Sheridan.