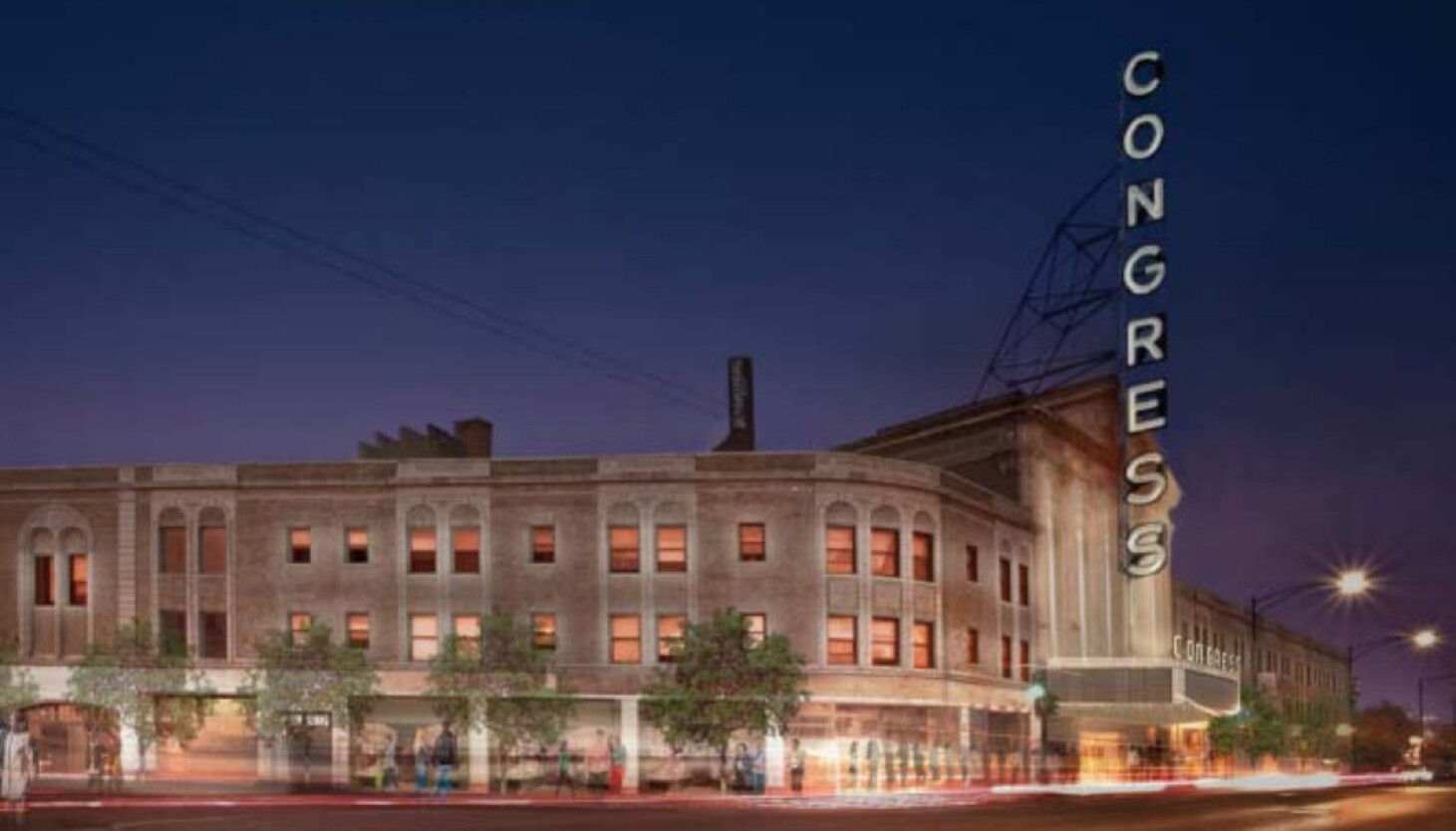 City officials negotiated a $20 million grant for a developer’s renovation of the famed Congress Theater in Logan Square.

City funds would support a $70.4 million redevelopment of the 96-year-old former movie theater at 2135 N. Milwaukee Ave. It has been closed since 2013.

The promoter, Baum Revision, wants to renovate the 2,900-seat auditorium for live music and performances. It would also have 20 residential units in the building that contains the theater, with 14 of those homes being marketed as affordable under a city ordinance.

The terms of the development agreement were summarized in a report by the Department of Planning and Development. The city’s Community Development Commission is due to vote on the deal on Tuesday. If approved, it will go to City Council for final decision.

Chicago-based Baum Revision has been recognized for several preservation-focused developments, including the renovation of the former Cooper Lamp factory, 2545 W. Diversey Ave., into a center for environmentally responsible businesses. General Manager David Baum could not be reached for comment. He is also involved in the renovation of the old Ramova Theater in Bridgeport.

The city grant would come from tax increment funding, representing property taxes set aside to support public works and redevelopment. The money would come from what the city calls the TIF Fullerton/Milwaukee District which covers the stretch along Milwaukee from Fullerton Avenues to Belmont, as well as part of Armitage Avenue.

“Without TIF funds, this project could not be financed and would not generate an acceptable level of return on investment,” according to the planning department’s report. He said the project would create 125 new jobs.

Milwaukee Avenue has seen substantial investment in multifamily housing. The city report noted the activity supporting the renovation of the theater. “These factors ensure that the project will add to the vitality and regeneration of the neighborhood while providing a new source of entertainment for the community and revenue for the city,” he said.

The project is located in the 1st district of Ald. Daniel La Spata, who said Baum Revision worked on a design that had broad community support. He said he will work to convince aldermen that TIF assistance is warranted. “It could be an incredibly catalytic project in the best way for the community,” he said.

Baum is working with Anschutz Entertainment Group, which would operate the theater, and Chicago-based Woodhouse Tinucci Architects.

He would take over Congress from Michael Moyer, who proposed a development plan that ended in financial difficulties. Moyer wanted to build 72 new apartments next door, and that feature was dropped.

The redevelopment agreement specifies that $12.8 million of the project cost would be used to acquire the property. It allows for restaurant and retail spaces on the frontage along Milwaukee and Rockwell avenues.

The Congress became a Chicago landmark in 2002 with its Classical Revival and Italian Renaissance designs.