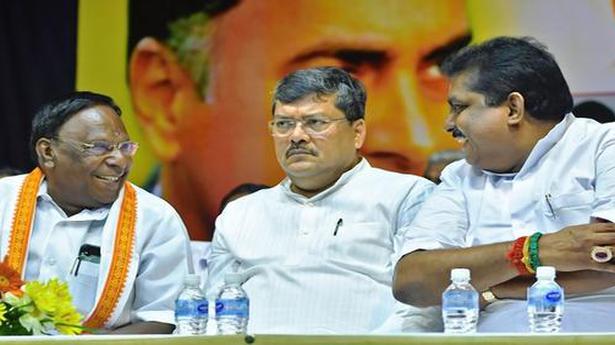 Addressing party workers during celebrations for the birth anniversary of former Prime Minister Rajiv Gandhi here, Mr Wasnik alleged that the Center was trying to obstruct congressional government in the UT. However, he said the chief minister and ministers would successfully tackle the challenges posed by the Center.

He also lambasted the Center for the Repeal of the Special Status Granted to Jammu and Kashmir under Article 370 of the Indian Constitution.

â€œThis is the first time in the country that a State (J&K) has been reduced to a Union territory. This was unlike in the past. Several UTs have become states in the past, â€he said.

The anniversary celebrations, he said, were an opportunity for congressional workers to commit to protecting the democratic rights of the people. He also praised the work of Pradesh Congress Committee leader A. Namassivayam in strengthening the party in the UT.

Chief Minister V. Narayanasamy said there was an undeclared emergency in Jammu and Kashmir.

More than 4,000 people have been taken into police custody and people are not allowed to move freely. People are isolated on the basis of religion, he also alleged.

â€œThe only program of the BJP was to make India a Hindu rashtra,â€ Narayanasamy said.

He recalled the contribution of Rajiv Gandhi in the allocation of 20 crore when he was Prime Minister to open the defunct Anglo-French Textiles.

The Secretary in charge of the AICC for Union Territory, Sanjay Dutt, said Rajiv Gandhi was the hope and aspiration of the Indian people.

He made the country a world power by placing importance on the use of technology, he added.

Dissolved Karnataka Pradesh congress committee: what the overhaul means for the party