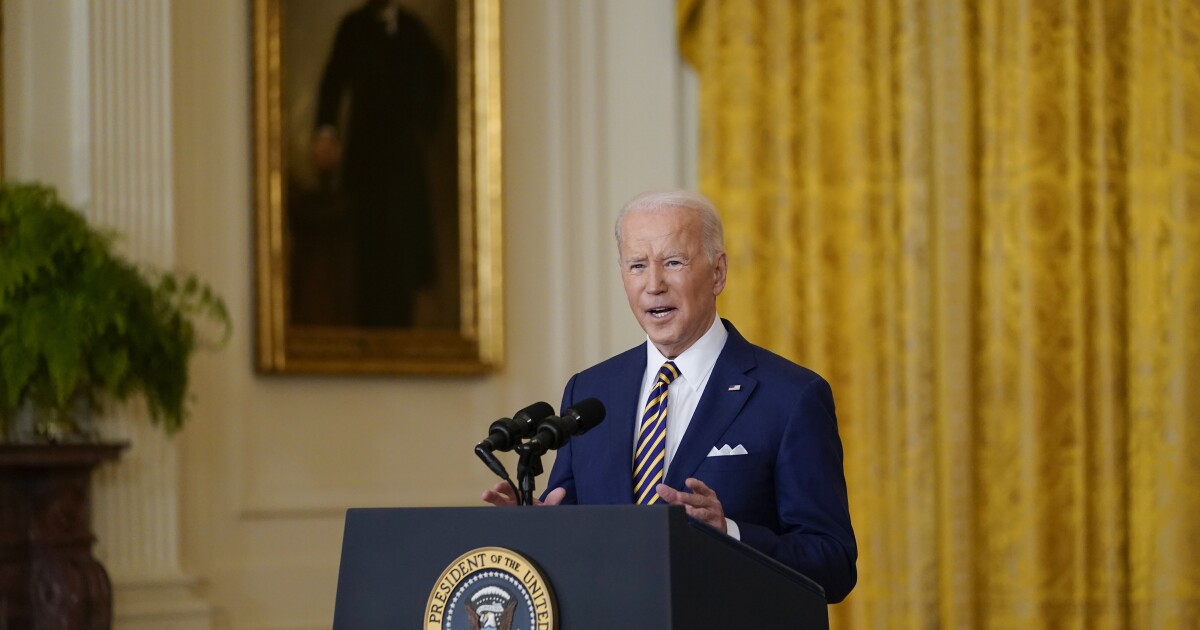 The president touched on a range of topics including the pandemic, the economy, bipartisanship and tensions along the Russian-Ukrainian border.

Biden noted that 75% of adults are vaccinated in the United States. However, he admitted that the omicron variant had caused problems.

In an effort to slow the spread of the COVID-19 variant, Biden launched a website where Americans can order free home tests.

At the press conference, Biden admitted testing could have been stepped up sooner, but he said he was confident things were moving in the right direction.

“Some people may call what’s happening now a ‘new normal.’ I call it work that’s not done yet,” Biden said. “It will get better, we are heading towards a time when COVID-19 will not disrupt our daily lives.”

Biden has also set up a program to provide 400 million free surgical-grade N95 masks in pharmacies across the country.

Biden tried to paint a rosy picture of the economy despite concerns about inflation.

“I often see empty shelves on TV, 89% full. Which is only a few points below where it was before the pandemic,” Biden said.

Biden has said his Build Back Better agenda, which has stalled in Congress, would help the economy. Biden has said he’s willing to break up part of the bill to get part of it through.

“I’m confident we can get pieces, big pieces of the Build Back Better Act into law,” he said.

Biden campaigned to unify the country. However, several of its high-priority agenda items have stalled in Congress.

Biden also faced opposition from his own party. Democratic Sen. Joe Manchin and Sen. Kyrsten Sinema have essentially derailed any hopes of passing a voting rights bill because they do not support circumventing the filibuster.

At the press conference, Biden was asked if his stalled agenda was a sign he wasn’t fighting hard enough for some voters, especially those in the black community.

Biden has said Russian President Vladimir Putin will face the toughest penalties he has ever seen if he invades Ukraine. However, Biden appeared to say that the scale of Russia’s aggression could impact the reaction of the United States.

“Russia will be held accountable if they invade, and it depends on what they do,” Biden said. “It’s one thing if it’s a minor incursion and then we have to fight over what to do and what not to do.”

Biden was later forced to clarify his remarks. He said he was not giving Russia the green light to go ahead with any type of conflict.

Getting out of Washington

In an attempt to sell what his administration does and what it stands for, the president said he will leave Washington more often in his second year in office. This includes campaigning for the Democrats in the midterm elections.

Biden said he wanted to ask voters a question: “What are Republicans for?” He was referring to Republicans blocking his program but offering him few alternatives.

Biden was asked about his working relationship with Vice President Kamala Harris. He said Harris would be his running mate in 2024. He also said she was doing a “good job” leading efforts to reform voting rights.